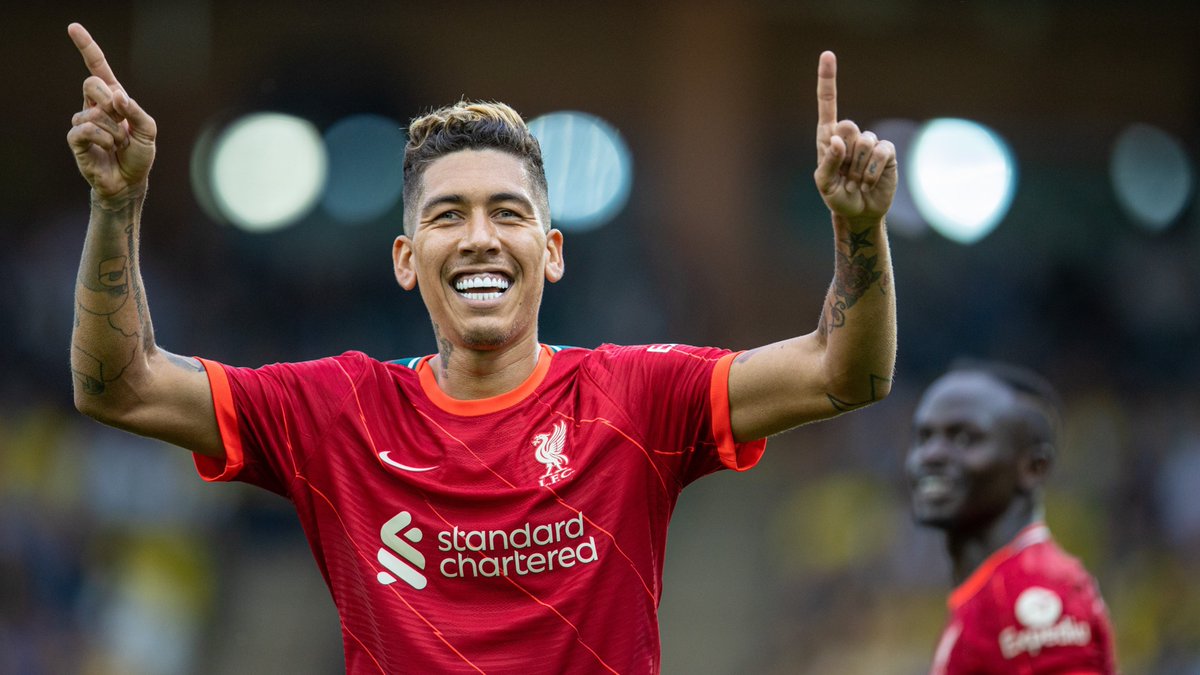 Merseyside giants Liverpool have been without Brazilian national team player Firmino for the last three games in all competitions after he picked up a hamstring injury against Chelsea in the Premier League last month. He sustained the injury during the first half of the final Liverpool game before the September international break.

Liverpool have won all their three games since Firmino sustained the hamstring problem in the 1-1 draw at home to Chelsea. The Reds started the set of three games with an emphatic 3-0 win at the home of Leeds United who finished the game with ten men after first half substitute Pascal Struijk was sent off in the second half. Mohamed Salah, Fabinho and Sadio Mane were on target for the visitors.

Liverpool then edged Italian Serie A outfit AC Milan in a five-goal thriller as far as their Champions League opener for this season is concerned. Jordan Henderson scored the winning goal in the second half to lead his team to a 3-2 win over Milan. FikayoTomori (own goal) and Mohamed Salah scored for hosts Liverpool in the first half, while Brahim Diaz and Ante Rebic scored the Milan goals in the first half. The Reds then made it three wins in a row with another emphatic league win with London club Crystal Palace as victims. Liverpool ran out 3-0 winners with the goals from Sadio Mane, Mohamed Salah and substitute Naby Keita.