Manchester City defender Kyle Walker has backed Raheem Sterling to reach greater heights after standing out for the Citizens in the past couple of seasons. The England international has become a consistent performer under the guidance of manager Pep Guardiola and he helped the Citizens secure an unprecedented domestic treble last term after contributing 25 goals and 15 assists. 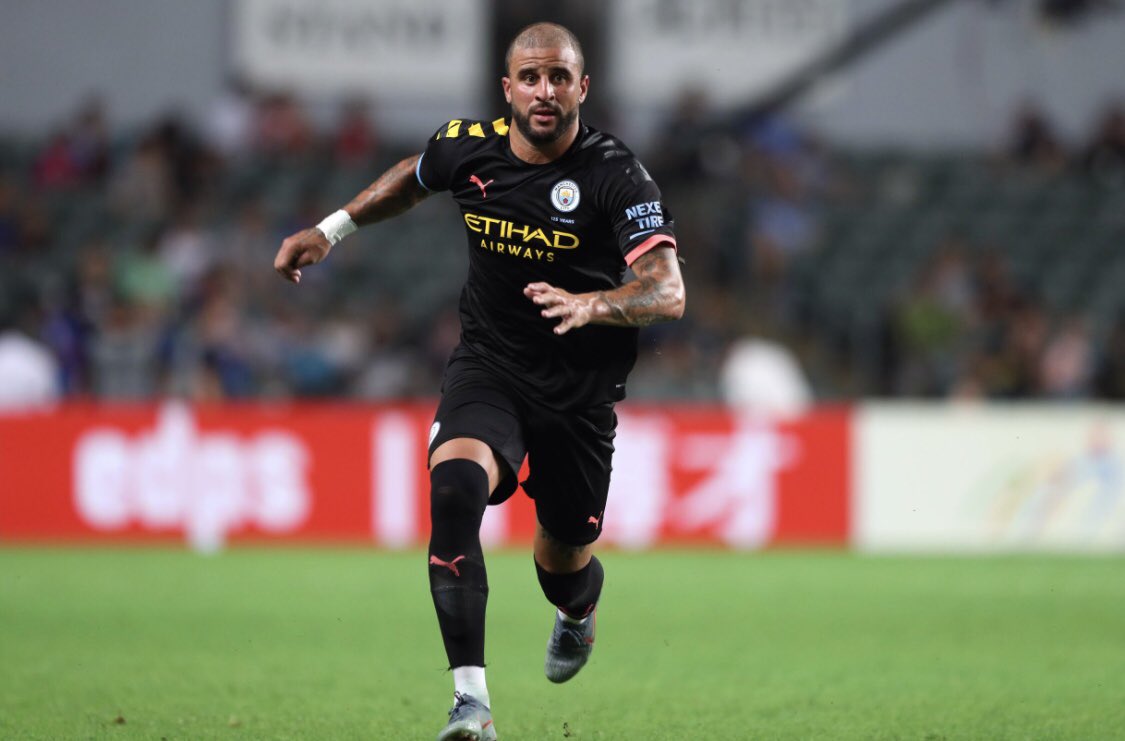 Speaking to Sky Sports, Walker said that his compatriot will only keep getting better, should he continue to take the advice of Guardiola, who has worked with the likes of Lionel Messi at Barcelona, he quipped: “If he keeps listening and getting advice from the gaffer and takes it on board, the sky is the limit. The manager has worked with the best in [Lionel] Messi.”

Meanwhile, Sterling had brought up a bad impression on some people after the gun tattoo prior to the previous World Cup but he has managed to overcome the same with the recent fight against racism. In response to that, Walker added: “He definitely got bad press when it wasn’t really called for. He was a scapegoat and was targeted. I can assure you, there a lot of players who have done a lot worse than Raheem and nothing has been said about them. He deserves full credit to come out the other end and stay true to himself. It shows his character.”

The Citizens are scheduled to begin their league campaign with an away game at West Ham United but prior to that, they have a Community Shield encounter against Liverpool. With both Sergio Aguero and Gabriel Jesus reporting late after their Copa America exploits, Guardiola has recently said that Sterling could find himself leading the line which he has done with success during the club’s pre-season tour of Asia. He has bagged four goals and an assist from four pre-season games.