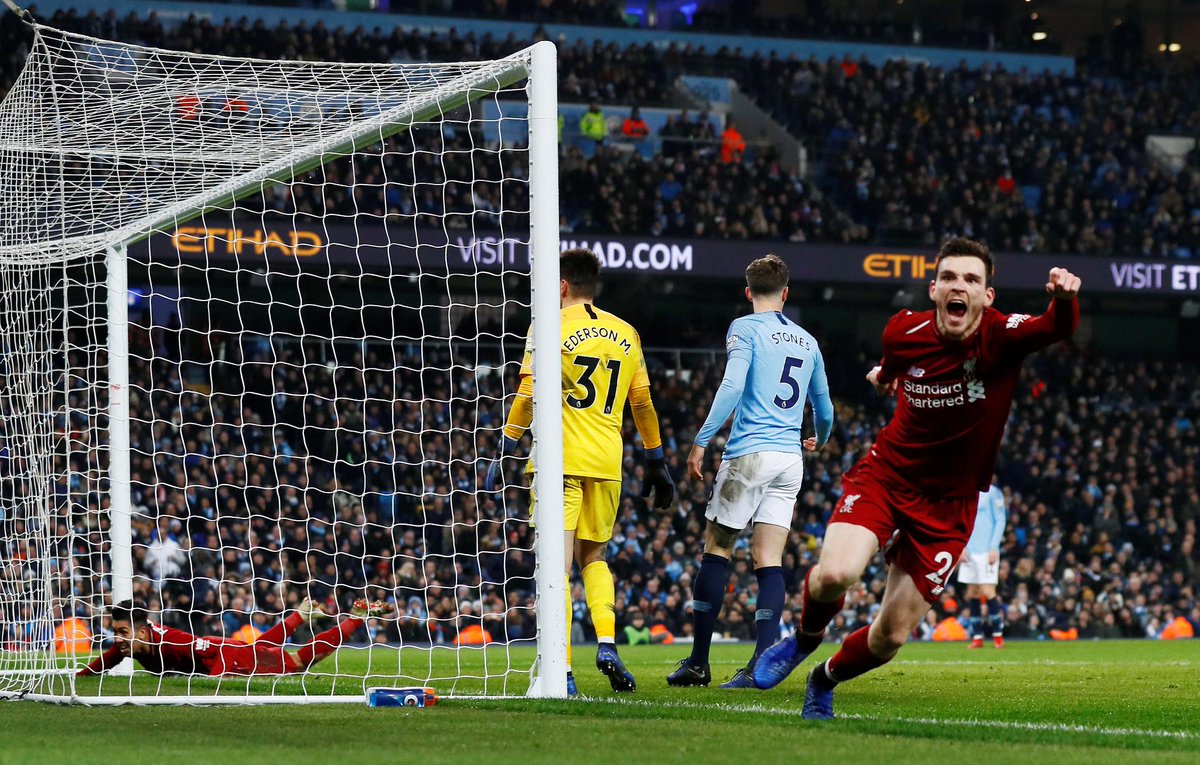 Leicester City are also very close to locking up their spot but are yet to do so, especially after their form has seen somewhat of a slide at the start of the year. Anyhow, with 16 games left to play, top Premier League betting tips experts have taken a look at the main contenders for a spot in the top four in the Premier League ladder.

Aside from Liverpool, the Foxes have probably written one of the most positive stories of the season so far. They comfortably held the second position by the end of 2019 but went on to lose three of five matches to drop down to the third place. They rely heavily on the competition’s top scorer Jamie Vardy but also proved to have what it takes to pick up results even at times when the veteran striker was sidelined through injuries. They are six points clear off Chelsea in fourth place and as many as eleven above fifth-placed Manchester United. Brendan Rodgers’ troops are thus very close to securing the Champions League football, but they could complicate things with a potential continuation of a negative streak of results. The Foxes can rely on the solid home form having won seven of the opening eleven outings at King Power Stadium this term. It will be very interesting to follow their progress in times to come. 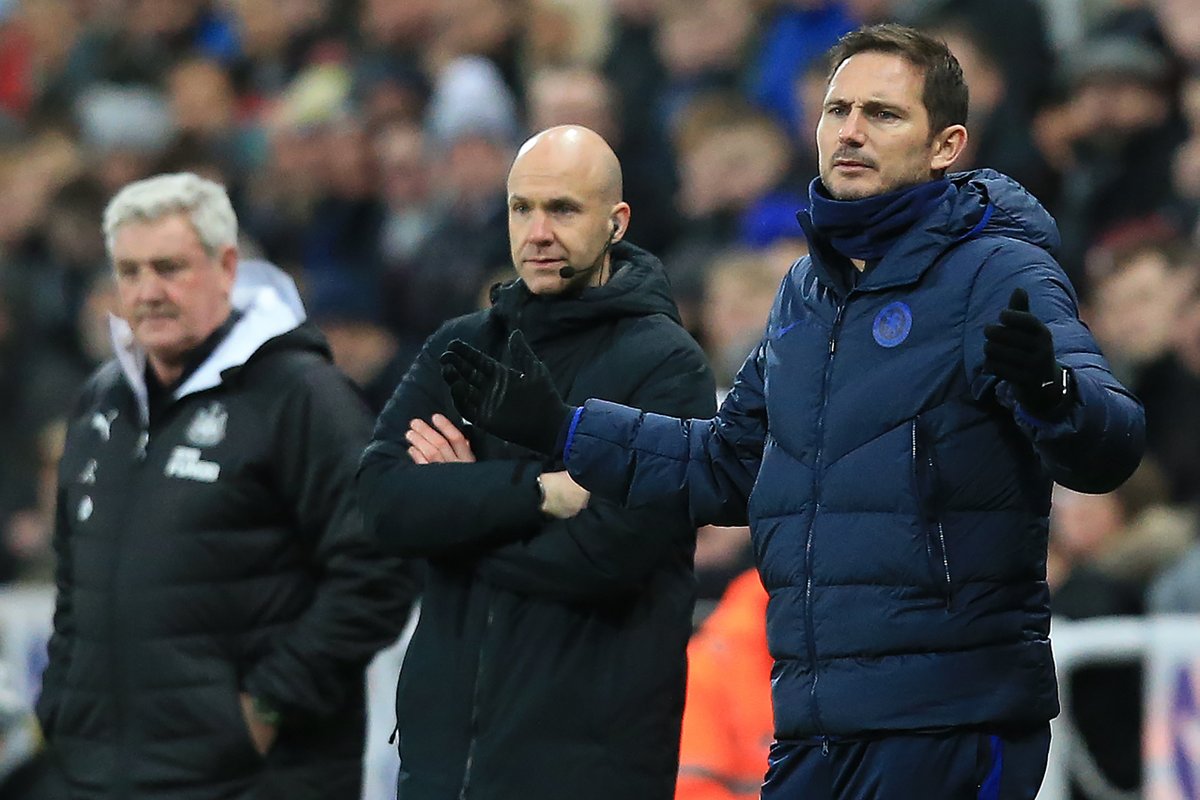 The Blues have had a turbulent campaign so far in the season, but such run was kind of expected considering the lack of experience in their starting XI. Frank Lampard faced huge problems before the start of the season because of the well-known transfer ban and he had to construct his team out of a very young group of players. However, the former Chelsea midfielder has done an incredible job in creating a reputable squad capable of beating any opposition out there on their day. The lack of consistency is the downside, though, as the Blues have dropped points against unlikable opponents so far. The likes of West Ham United, Bournemouth and Southampton have all gotten away with the spoils from the Stamford Bridge in the 2019/20 campaign. Even though Lampard’s boys are five points ahead of Manchester United in fifth, they still need to dig deep to secure another Champions League campaign.

Manchester United
The tough times continued for the Red Devils who clearly lack the quality for a serious battle with the top teams in the country. Ole-Gunnar Solskjaer tends to rely on the young guys as much as he can, but the team looks fairly limited at the centre of the park. United do have the energy to pull off upsets (such as the 1-2 victory over Manchester City), but the fact they won just 9 of 22 league fixtures is quite worrying for their fans. They still have the opportunity to break into the top four in the league ladder only thanks to the aforementioned shocking slip-ups of Chelsea. As much as their fans would want to listen to the Champions League anthem at The Theatre of Dreams, it’s hard to give the Red Devils a serious chance of catching up with the Blues by the end of the season. 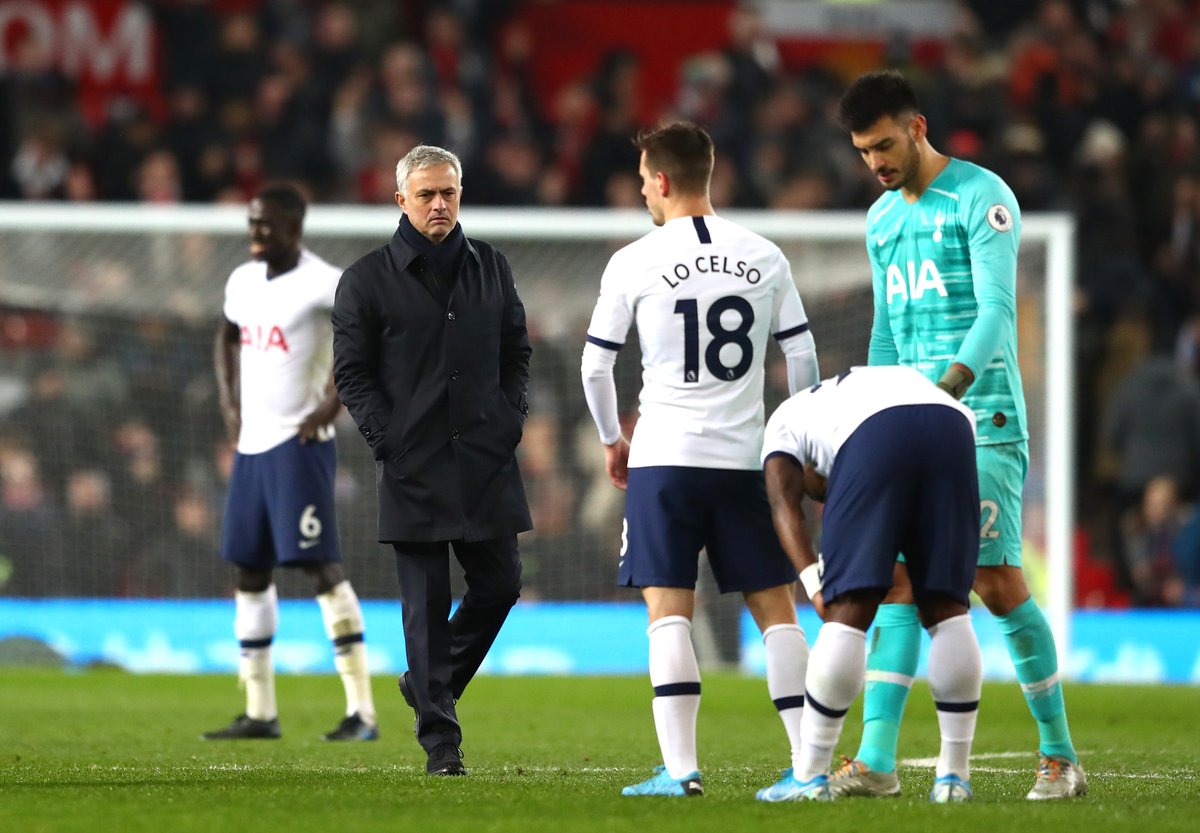 Even though they hold the 8th position after Matchday No 22, Spurs are the next team on our list. They had an exceptional last season which saw the team going all the way to the Champions League final where they lost to Liverpool. However, it’s been a nightmare campaign so far in the 2019/20 season. They made a managerial change in late 2019 as Jose Mourinho took over the long-term coach Mauricio Pochettino. However, the Special One is facing massive issues at the start of his reign in North London. The latest news revealed Spurs will have to continue the battle without their best player Harry Kane who is out for the season after surgery. Tottenham heavily rely on their talismanic striker and they have already had certain slip-ups without him in the starting line-up. They are nine points shy of Chelsea in fourth place. Catching up with the London rivals is achievable, but only if the Portuguese manager finds the right chemistry (or an additional striker in the January transfer window) as soon as possible.

These two outfits (especially the Blades) have done really well so far in the season, but it is hard to imagine any of those beating the aforementioned giants in the crucial part of the campaign. We’d give much more chances to the likes of Manchester United or Tottenham Hotspur (even Arsenal or Everton with their new managers).

To sum it all up, Leicester and Chelsea have the destiny in their hands with a decent advantage over the rest of the league in the battle for the top-four finish. The question is can they keep up with the pressure? We can’t wait to witness the most exciting part of the season! If you fancy having latest betting offers, check bettingtips4you.com.